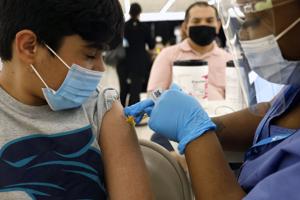 (The Center Square) – Burnout and a lack of health care educators are some of the reasons officials in the health care sector say there’s a perceived shortage of nursing staff in Illinois.

Representatives from the state’s health care industry met with members of the Illinois Senate Health Committee this week to discuss the issue and ways to fix it.

Gov. J.B. Pritzker’s proposed budget includes $180 million to help preserve and grow the state’s health-care workforce, which has been struggling since the start of the pandemic.

“Four million dollars when we are going to be 15,000 nurses short is simply not enough,” Swart said.

The $4 million in Pritzker’s proposed budget would go toward a scholarship program designed to keep nursing students in school and in the state. Swart said the staffing issue at schools is one of the main reasons for the state’s shortage. Another is the majority of the state’s nurses are older than 55.

Paul Pater, treasurer of the Illinois Nurses Association, said the state is not facing a nurse shortage but is instead seeing nurses who are fed up with the state.

“It is a myth that we do not have enough nurses in this state,” Pater said. “There are more licensed and registered nurses now than there have ever been in this state.”

Pater said the reason nurses are leaving the state is due to being overworked and not understaffed, with nurses having to take care of a higher number of patients.

Nurses face so many uncertainties and some are starting to feel hopeless, he said.

“So far it has become apparent to those in the profession that no one is coming to save us,” Pater said. “Not hospital leadership, not the ANA, not anyone else.”

Pritzker has set $25 million aside to expand the pipeline of nurses through the Illinois Community College Board in an effort to acquire more nurses.