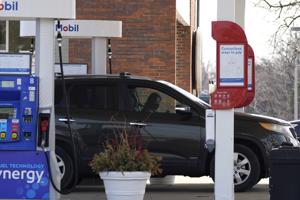 (The Center Square) – Illinois currently has the second-highest gas tax in the nation behind only California. A report from the Illinois Policy Institute highlights how the state got here.

According to AAA, diesel fuel, as well as regular unleaded gasoline, are at their highest price per gallon in the state’s history. Prices in Illinois are the eighth highest in the nation at an average of $4.535 for a gallon of regular, and the state’s gas tax, at 39.2 cents per gallon since more than doubling in 2019, is second highest.

Adam Schuster of the policy institute said there are many factors at play when looking at Illinois’s fuel prices. However, he said, one thing stands out about the state.

“There is a lot of factors going into the high price of gasoline right now, but a factor that is particular to Illinois is the recent doubling of the state gas tax,” Schuster said. Illinois also is one of just seven states that assesses its sales tax on top of gas taxes.

While many states are also feeling the high fuel costs in their wallet, Illinoisans are paying even more just to cover all the taxes.

“The average Illinois driver in the Chicagoland area is paying about 31 percent of an effective gas tax rate, meaning when they go fill up their tanks, almost a third of what they pay is the state, local, and federal tax,” Schuster said.

This is forcing many Illinoisans to shop out-of-state when looking to purchase gas, according to Schuster.

“There is a large incentive for Illinoisans to do their shopping over the borders,” Schuster said. “Ultimately, this hurts Illinois’ economy to the benefit of our neighboring state’s economy.”

The doubling of the state’s fuel tax was implemented in 2019 by Pritzker as an effort to try and raise money to help fix problems regarding the state’s infrastructure.

Schuster said there is no proof to show that the state’s infrastructure has improved at all.

“There is no proof statistically that significantly higher gas taxes result in better infrastructure, and that is certainly not the case in Illinois,” he said.

One year ago, the state’s average price per gallon of regular gas was $3.052.