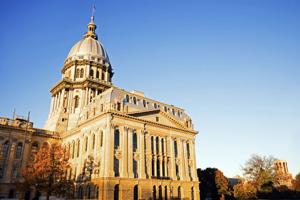 ISBE hears from both sides on teacher vaccine mandate

During the Illinois State Board of Education public comment period about vaccine mandates on teachers Wednesday, supporters and opponents spoke out.

While representatives for several unions supported the proposed rule, the vast majority speaking out were teachers who opposed the rule.

ISBE officials say that at the end of the comment period later this month, staff may bring the rule in front of the Illinois Joint Committee on Administrative Rules.

Judge could rule this week on school mask mandate lawsuit

Sangamon County Circuit Court Judge Raylene Grischow took a request for a temporary restraining order against vaccine mandates for teachers and staff at 22 school districts across the state under advisement.

The case of more than 700 parents suing 145 schools over mask and exclusion policies against children continues Thursday in Sangamon County. Schools are bracing for possible outcomes in both cases by the end of the week.

The seven-day COVID hospitalization average has declined by nearly 2 percent.

The Illinois Senate canceled its hearing Wednesday and the committee hearings that were scheduled for Thursday. The House held some hearings Wednesday, but canceled others. They canceled five hearings for Thursday. Two committees could meet, one focused on small business support and the other on pensions and personnel issues.

Flags at half staff Monday to honor deceased deputy

From sunrise to sunset Monday, flags on state-owned property will be flown at half staff to honor Will County Deputy Sheriff Michael John Queeney.

Queeney passed away earlier this month. His obituary notes he died from complications due to COVID-19 pneumonia.