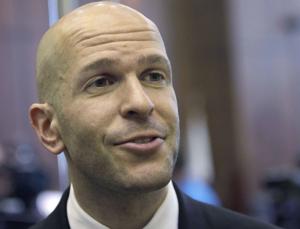 (The Center Square) – A measure at the Illinois statehouse looks to extend the pension buyout program for eligible state employees that was initiated a few years ago and add a billion dollars to the effort.

Illinois’ pension funds are among the worst funded in the nation, with around $140 billion in unfunded liability. Many in Illinois have called for constitutional changes to reduce the liability.

Participants can receive this accelerated benefit payment instead of any pension benefit, or for a reduction in the increases to their annual retirement annuity and survivor’s annuity. This extension would move the sunset of the program from June 30th, 2024, to June 30th, 2026.

State Rep. Bob Morgan, D-Deerfield, said the measure can help put money into the pockets of retirees and allow them to take care of problems now, rather than having to wait.

Tim Blair, executive director for the State Employees’ Retirement System, said that they are in support of extending this program.

“We do vouchers every other month and we have paid almost a quarter of a billion dollars to folks who have elected the COLA and the total buyouts,” Blair said. “So we support this as a way to give our members options.”

The program is a voluntary one for any person with a pension, Morgan said.

“It is a completely voluntary way for people to select and elect to take their COLA out of the system and get a buyout,” he said.

The legislation was able to pass out of the committee unanimously.

“I’m happy an idea I had years ago to save the state significant money has been successful and will continue under this legislation,” said state Rep. Batinick, R-Plainfield. “I look forward to seeing this legislation move through the General Assembly and re-execute this successful buyout option.”