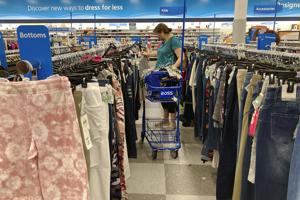 (The Center Square) – When cities like Chicago minimize penalties for retail theft, it’s like rolling out the red carpet for thieves, those in the industry say.

One way it works:

“You’ll have one group, they’re going to want a hundred Gucci bags or a hundred power drills or a hundred fleece sweaters, and that order will go to a fence who will ship it out to somebody else who will then hire it out to someone who will go steal it,” Karr said. The term “fence” is slang for someone who buys and/or resells stolen property. “They’ll then send it back to their fence, who’ll then monetize it, and that money makes its way back up to the people who originally placed the order.”

Karr said there’s a need to recognize that larger-scale retail theft is not a one-off activity and that criminals look for localities where enforcement is minimized.

And retail theft hurts everyone.

“Sales taxes fund state and local governments,” Karr said. “Sales tax is the largest source of income for many locations in Illinois, and for the state as a whole, it’s the second largest.”

Organized retail theft has grown over 60% the past five years, according to the National Retail Federation. Karr said it has accelerated during the pandemic but stresses it is not merely a pandemic problem.

It’s a mistake to lump organized retail theft in with non-violent crime, Karr said, a mistake that reflects how policy makers and law enforcement still see the issue from what he calls “a 20th Century point of view.”