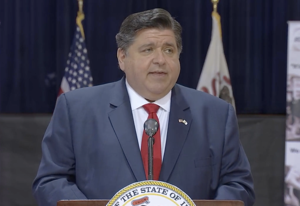 (The Center Square) – Illinois scores poorly in a report on the state’s tax climate.

The authors note that while there are many ways to show how much is collected in taxes by state governments, the Index is designed to show how well states structure their tax systems and provides a road map for improvement.

“The state did enact new [tax break] treatment of temporary operating losses,” Cammenga said. “Now when it comes to net operating losses it does cap those at $100,000 for tax years 2021 through 2024, so that will really make a difference to businesses especially in a time right now of economic downturn where they might be seeing more losses than in other years.”

Cammenga said the only category that kept Illinois from ranking lower is the personal income tax.

“The individual income tax is what is really bringing Illinois’ score up right now because it has a flat income tax of 4.95% where as the rest of the tax code is not as competitive,” Cammenga said.

Gov. J.B. Pritzker tried to change the individual tax code with his progressive income tax amendment in 2020, but Illinois voters soundly defeated the measure 55% to 45%. It was a bitter defeat for Pritzker, who donated nearly $60 million from his personal fortune to the Vote Yes for Fairness campaign in an effort to persuade voters to vote yes.

The top three states in this year’s ranking are Wyoming, South Dakota and Alaska. The absence of a major tax is a common factor among many of the top states. Property taxes and unemployment insurance taxes are levied in every state, but there are several states that do without one or more of the major taxes: corporate income tax, individual income tax, or sales tax.

The bottom three states in the tax ranking are New Jersey, New York and California. The report said states near the bottom have a number of afflictions in common: complex, nonneutral taxes with comparatively high rates.