2021 in Review: Two rounds of legislative maps end up in federal court | Illinois 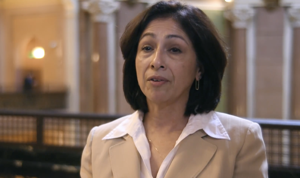 (The Center Square) – Two rounds of legislative maps for the next ten years that Gov. J.B. Pritzker enacted ended up in federal court in 2021 and the issue still isn’t resolved.

U.S. Census data used to draw new boundaries for the next ten years was delayed because of the pandemic. In May, without final data in hand, Democrats drew maps Republicans said were drawn behind closed doors.

State Rep. Elizabeth Hernandez, D-Cicero, said after concluding more than 20 hearings, they were getting input from legislators.

“It’s just a matter of compiling, it’s nothing new,” Hernandez said. “There’s no secret. This is a part of the process. This is nothing unusual. It is based on what the constitution is asking of us.”

Despite pleas from Republicans and civic groups to hold off on the maps until final data was released, Democrats passed maps based on estimates and the governor enacted them.

After final Census data was released, Democrats passed revised maps while groups said were rushed. The governor signed those maps as well.

Republicans said the governor broke his campaign promise of not signing maps drawn by politicians. They also sued. There were separate lawsuits filed by Mexican American Legal Defense and Educational Fund and the NAACP.

“The issue with it is that it dilutes Latino voting strength and creates a racial gerrymander against Latino voters in House District 21 and Senate District 11,” Herrera said.

A three-judge panel said the first set of maps based on estimates were no good and the revised maps Pritzker enacted could be revised again with suggestions from plaintiffs.

Similar concerns were filed by Republicans and by the NAACP. The case remains pending.