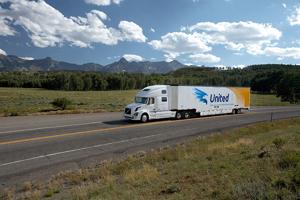 (The Center Square) – Illinoisans continue to leave the Land of Lincoln.

According to the latest figures from the U.S. Census Bureau, from July 2020 to July 2021, there were 113,776 fewer people in Illinois. Only the District of Columbia and New York had a greater percent decline in population.

Taking into account the number of births and migrants who moved to Illinois, it is estimated over 122,000 Illinoisans moved to other states.

Ted Dabrowski, president of the nonprofit Wirepoints, said Illinois’ high taxes are just part of the reason people are leaving.

“It is also the high level of corruption and overall, a lack of opportunity because high taxes and corruption are job killers in the end,” said Dabrowski.

Zach Kennedy, a researcher with the University of Illinois Extension, said possible reasons for the younger age group to leave are job opportunities, Illinois’ high taxes, weather, and something he calls “Brain Drain.”

“The students who went out of state for college and did not return, the rate of that was second highest in Illinois,” said Kennedy. “Only New Jersey lost more of their college-aged individuals out of state who then never returned.”

Between 2020 and 2021, 33 states saw population increases. The three states with the largest percentage gains were Idaho, Utah and Montana.

Nationally, the U.S. Census Bureau Vintage 2021 Population Estimates show that population grew only 0.1% and the COVID-19 pandemic exacerbated the slower growth the country has experienced in recent years.

Dabrowski said if the current trend continues, Illinois will be in a difficult spot.

“We’re having not just brain drain, but tax base drain, entrepreneur drain,” he said. “Everybody’s leaving across every single sector, and it is hard to think about how Illinois can turn itself around if it loses too many of its productive people.”