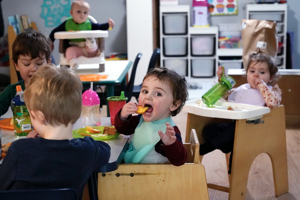 (The Center Square) – A new federally funded program in Illinois is aimed at addressing the need for professionals to work in grade schools and day care centers.

A recent survey of more than 7,500 respondents from childcare centers across the country found worker shortages in nearly every state. The lack of child care workers is creating a ripple effect in the overall economy, keeping parents out of jobs as daycare centers take in fewer children.

The Early Childhood Access Consortium for Equity Program is funded by a federal investment of $200 million for the state of Illinois.

Eligible students, who are current or former early education professionals, or paraprofessionals with associate degrees from Illinois community colleges, can apply for scholarships from the Illinois Student Assistance Commission to cover tuition and fees.

“The benefit to obtaining this degree for them would be that it would number one hopefully increase their salary and number two increase their rating or ranking of the child care center where they work,” said Lynda Ransdell, dean of the Northern Illinois University College of Health and Human Services.

NIU has pledged to enroll at least 160 new students in the program, and Ransdell said thus far, the response has been good.

Earlier this month, the Illinois Department of Human Services announced that $300 million in new relief grants will be made available to child care providers across the state to help recruit and retain workers. That brings the state’s child care pandemic relief grant total to more than $1 billion since the pandemic began.

To help recruit and retain staff, at least 50% of the grants must be invested in new personnel and workforce initiatives, with a focus on increasing compensation and benefits.

Affordability for child care is also an issue for parents. President Joe Biden has pledged to limit child care costs with the passage of his social spending and climate plan, but a new study suggests that millions of middle-class families could see their expenses increase.

The study, authored by Casey Mulligan, a University of Chicago professor, shows that child care costs could increase by up to 102% for some Americans under the plan, which would cap child care costs at no more than 7% of parents’ income for those earning their state’s median income.