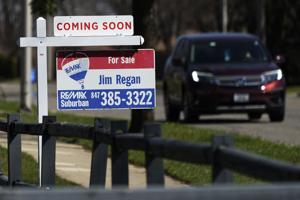 Rockford Register Star: “City officials say that pensions will eat up 100% of operating property tax revenue within 20 years if further reforms … are not adopted.”

Mayor Rita Ali: “We have a broken pension system throughout the state of Illinois; we’re not the only ones that are experiencing these huge liabilities. Under the current structure we have, we’ll never catch up, not in our lifetimes.”

“Not in our lifetimes.”

That was the Peoria mayor’s assessment after the city had to take $4 million out of the current year’s budget to try to patch the holes in the budgets for the next two years. Those holes are thanks to demands on city resources from public employee pensions.

As Mayor Ali said, cities across Illinois are experiencing the same pension problems. All told, $75 billion is owed to local government pension systems. That means owed by taxpayers.

Add in the debt owed to the five statewide systems covering teachers, lawmakers, state employees and judges, and the grand total is nearly $219 billion in public pension debt.

That number is meaningless to most people. Break it down, and every household in Illinois owes over $45,000. No other state comes close to the kind of debt Illinoisans owe their public pensions.

Translated yet again, it means someone promised public employees $45,000 more than your family could comfortably afford. That somebody was local and state politicians.

The irony is that it is your problem, created by politicians, but politicians are unwilling to do anything to fix it other than try to raise taxes. Property tax hikes are their usual answer for these local pensions.

As a result, Illinois ranks No. 2 in the nation for its property tax rates. Each year 2.27% of a home’s value goes to property taxes – double the national rate.

A statewide hike in the income tax was Gov. J.B. Pritzker’s solution, but voters refused him, and he turned to nickel-and-diming taxpayers.

When state and local taxes are added, the average Illinois family pays more than the average family in any other state: $9,500 roughly per household. That is 15% of the median U.S. household income of $63,218.

People are leaving Illinois as a result, with the state recording its first census loss in 200 years. Those who stay are seeing high taxes shrink their housing dollars and purchasing power.

“You can’t build new construction right now because the taxes are so high and nobody’s gonna afford that,” said Chris Stephens, a real estate broker in Skokie, Illinois.

“We need to get our pensions and infrastructure fixed in order for [Illinois] to really prosper and be a viable place where people want to invest and live and buy again,” he said.

So how do we get our pensions fixed?

Peoria Mayor Ali said it: “The only choices that we have right now until we can work with Springfield to fix the broken system is those Band-aid approaches, those short-term strategies because we’re in a survival mode.”

Let’s underscore that: Work with Springfield to fix the broken system.

And that doesn’t mean higher taxes in the state that already takes so much from its people.