More than 182,000 fewer Illinoisans in labor force than two years ago | Illinois 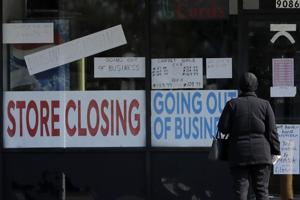 (The Center Square) – More than 180,000 fewer Illinoisans are looking for work than there were two years ago, and that’s one reason behind the flood of “Help Wanted” signs around every corner.

Data from the Bureau of Labor Statistics shows Illinois’ unemployment rate for October was 6%. While that’s down from the year before where it was 8.1% in October 2020, and down from the pandemic high of 16.5% in April 2020, it’s still higher than the national average of 4.6% for October 2021.

That doesn’t tell the whole story for Illinois. The unemployment rate only shows those who are actively seeking employment getting unemployment benefits. Another labor statistic is the labor force participation rate. That shows the total number of eligible workers compared to those that are employed.

In October 2019, there were 6.4 million eligible workers in Illinois for a labor force participation rate of 64.1%. Flashforward to October 2021, there are 6.2 million, or 62.8%. That’s a difference of more than 182,000 working-age people participating in the labor force.

Peter Norlander, associate professor with Quinlan School of Business at Loyola University Chicago, said a variety of things are driving that.

“That could be due to early retirements for some people,” Norlander told The Center Square. “It could be due to people not entering the workforce because they feel it’s unsafe at this time or they have child care or other obligations.”

Norlander noted the drastic decline in workers in April 2020 when the governor shut down businesses he determined were non-essential because of the pandemic.

“So that’s where the feeling of a labor shortage is coming in for employers who are looking to hire at this moment, there are only so many workers in the labor market,” Norlander said.

“Going on social security early of course can lead to long-run lower income over the lifespan and things like that do have significant implications long run,” Norlander said.

But, he notes employers looking for workers may start paying more, and that could attract people back to work.

“A hot labor market with rising wages and better opportunities is going to create incentives for people who are on the sidelines to start looking actively for jobs,” Norland said.