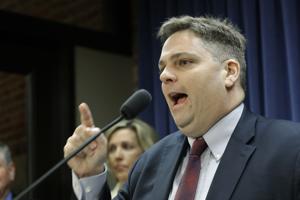 (The Center Square) – While supporting tens of millions of dollars in taxpayer spending on violence prevention grants, lawmakers from up and down the state and from both parties say it is part of an effort to reduce gun crimes.

Between a measure in line to be sent to the governor, and a recent executive order, there’s $310 million to be used for community violence prevention grants.

But, with a bill cued up for the governor to free up $65 million in community-based violence prevention grants, Andrade worries his community will be left out.

“The data it uses is only people shot, literally shot,” Andrade said. “So all of these rolling shootouts in my neighborhood, all this gun violence, does not qualify and does not count towards the data.”

While he supported the bill, he indicated he’s looking to address his community’s needs.

“We will be bringing this forward in the [Legislative Audit Commission],” Rose said. “And we’re going to be watching him and making sure the tax dollars are spent wisely.”

He said he will be watching for abuses found in the Neighborhood Recovery Initiative program from several administrations ago where audits found poor reporting and improper use of community grant dollars.

Separate from the bill poised for his desk, Pritzker recently issued an executive order freeing up $250 million for such programs from federal tax dollars.

Andrade said in addition to violence prevention grants, there needs to be more enforcement of current law.

“We gave the first offense a try, give them a chance, but the second offense was supposed to be held much stricter and I don’t think that’s being enforced,” Andrade said.

“And these individuals need to be off our streets,” Rose said. “So for example first offense, ten years, second offense, life, for many of these heinous gun crimes, violent acts.”

Republicans haven’t been able to get their crime prevention bills advanced at the Democrat-controlled statehouse.