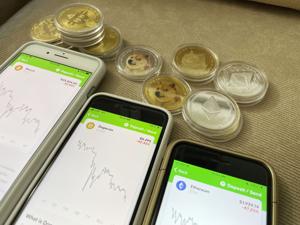 (The Center Square) – Provisions in the federal infrastructure bill poised for President Joe Biden’s signature look to capture new revenue from gains in digital currency transactions, a move that could hurt the industry.

The infrastructure bill comes with a taxpayer price tag of $1.2 trillion. Illinois is in line for at least $15.8 billion.

To help pay for part of that spending, Nicholas Anthony, manager of the Cato Institute’s Center for Monetary and Financial Alternatives, said those who crafted the bill had to find funding sources.

“And that means that all those dollars in spending that are being dedicated for roads and bridges alike needed pay-for provisions that would help offset that,” Anthony said.

Anthony said the Joint Committee on Taxation estimated it would collect $28 billion over ten years.

“Unfortunately the JCT has not announced or published how exactly that’s supposed to take shape,” Anthony said. “It’s really just an estimate.”

The bulk of the rest of the spending comes from shifting unspent COVID-19 relief money to infrastructure. The measure also adds about $256 billion to the federal deficit.

“And by defining them as brokers and requiring them to report information that they do not have, Congress is effectively banning legal cryptocurrency mining in the United States,” Anthony said.

Gaining compliance will be difficult and will require increased actions by the Internal Revenue Service or tax filers reporting such gains. Anthony said it will also chill innovation.

“China made the mistake of regulating the industry out of the country, the U.S. is going to make the same mistake,” Anthony said.

Without changes to the measures in line for Biden’s signature, Anthony said digital currency innovators will likely leave the country.