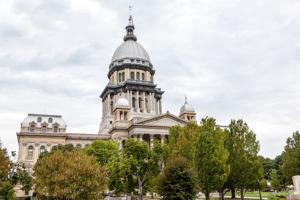 The Democratic supermajority passed new legislative boundaries in late May before the final data for such purposes was released by the U.S. Census. Final Census data was delayed because of the COVID-19 pandemic. Lawsuits against the maps were filed, saying the maps were based on estimates, not the block-level data.

After the U.S. Census released the final data in August, Democrats called a special session to revise the maps. And, as they did in the spring, they didn’t get any support from Republicans while various civic groups urged legislators to slow down.

Those revised maps have now been sent to the governor, despite pending litigation.

Ernest Herrera, a staff attorney with the Mexican American Legal Defense and Educational Fund, or MALDEF, said they filed in support of a legal challenge in federal court last week because the Democrats’ map hurts the political strength of the state’s growing Latino population.

“When everyone else has grown to a lesser degree or even shrank in population, Latinos are actually having their ability to elect candidates of their choice, that ability is being reduced,” Herrera said.

MALDEF also filed in court against the maps in June. The revised maps aren’t any better.

“Latino voter eligible population districts that are a majority, above 50 percent, have gone down from the map that was in place in the last decade to the map that was just approved in August,” Herrera said.

Just as they did in the spring, Democrats this summer voted for the revised legislative maps hours after revealing the proposed lines, and that’s a problem.

“Normal people cannot have seen what these maps look like in a day’s notice to be able to give their input on the maps,” he said.

Herrera said Illinois leading the nation in putting new maps in place is a red flag.

“So being first out the gate in this sense, is not necessarily good and in fact, it is part of why there was a potential violation of the voting rights act in the August maps,” Herrera said.

It’s unclear when a federal panel of judges will rule on a motion for summary judgment.