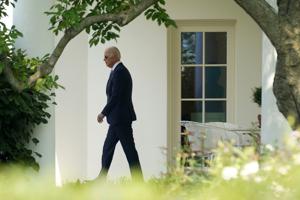 (The Center Square) – President Joe Biden recently issued an order for federal agencies to review how to make the economy more competitive.

One issue would review rules for a “right-to-repair.” Equipment manufacturers have concerns.

“That lack of competition drives up prices for consumers,” the White House said in a statement July 9. “As fewer large players have controlled more of the market, mark-ups (charges over cost) have tripled. Families are paying higher prices for necessities—things like prescription drugs, hearing aids, and internet service.”

The White House said Bident’s executive order includes 72 initiatives by more than a dozen federal agencies to “promptly tackle some of the most pressing competition problems across our economy.”

Among the initiatives is how to “Make it easier and cheaper to repair items you own by limiting manufacturers from barring self-repairs or third-party repairs of their products.”

Illinois Manufacturers’ Association President Mark Denzler is opposed to the president’s executive order. He said there are concerns about relaxing regulations that would allow consumers to work on certain equipment.

Among those concerns are the integrity of securing intellectual property, but there are also safety concerns.

“You want to make sure that someone that’s properly trained is working on your vehicle or your combine or even your appliance,” Denzler said. “And you want to make sure that they’re not doing something that could impede the braking system, for example, for a piece of equipment or overloading or overriding an emissions sensor that could allow more emissions to escape.”

It’s not just large equipment manufacturers that could be impacted. Biden’s initiative to limit manufacturers from barring self-repairs or third-party repairs could also impact how you fix a broken cell phone.

“We want Deere to be profitable and to hire more people and we want them to produce good quality equipment and if we take away a profit incentive and say to the famers ‘we’re going to help you with the higher cost you might incur at Deere by allowing you to use some other equipment on that,’ that’s a worthy debate,” Durbin said. “I don’t think there’s and easy or simple answer to it.”

Biden’s order encourages the Federal Trade Commission “to limit powerful equipment manufacturers from restricting people’s ability to use independent repair shops or do [do-it-yourself] repairs – such as when tractor companies block farmers from repairing their own tractors.”