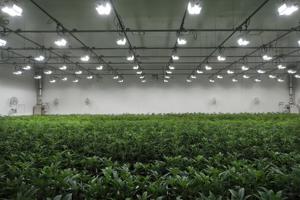 (The Center Square) – Taxation of recreational marijuana will have a twofold effect if an initiative to legalize it goes before Missouri voters in November.

“We wanted to make sure the tax rate was set in a way that minimizes the illicit market,” Payne said in an interview with The Center Square. “We looked at the tax rates from other states and tried to be lower because that’s the trend line. There are a lot of states that set their tax rates too high and it’s still feeding the illicit market.”

Illinois’ tax rate is 10% on cannabis products with less than 35% THC, the psychoactive compound found in marijuana, according to the Tax Foundation. Illinois’ rate is 20% on edible products or those infused with cannabis and 25% on products with a THC concentration higher than 35%. The state also allows for local governments to tack on an additional percentage.

On May 8, Payne’s organization submitted 385,000 signatures to the Secretary of State, twice the amount required to get a Constitutional Amendment on the ballot. On May 13, the Missouri Legislature ended its session without making significant progress toward legalizing recreational marijuana. During hearings, legislators acknowledged their preference to craft legislation instead of facing a voter-approved constitutional amendment.

House Bill 2704, sponsored by Rep. Ron Hicks, R-Defiance, would have set the recreational marijuana state tax rate at 4.25%. The LM22 initiative sets a tax rate of 6% and a local tax rate of no more than 3%.

“We looked at the tax rates on alcohol and tobacco because those are products where there’s some level of illicit activity,” Payne said. “But 90% or more of the transactions of those products stay legal and are regulated and taxed. That’s the range we want to be in.”

“I also wish to warn Missouri of the dangers that lie ahead,” Hicks said in his statement. “The strong opposition to the action of the Missouri General Assembly on this issue came not from groups opposed to any form of legalization but rather from MOCannTrade. … (It) has endorsed and through its members has funded the LM22 Constitutional ballot initiative, which attempts to corruptly monopolize the recreational marijuana market for those who managed to get licensed through the corrupt process created for the medical marijuana market by a similar ballot initiative in 2018.”

More than half of the 22 bills filed in the Legislature this year regarding marijuana dealt with medical marijuana issues.

“His legislation got stalled because there wasn’t enough support among his caucus,” Payne said of Hicks’ legislation. “That’s the simple truth. There’s no boogeyman that hypnotizes the members of his caucus not to vote for something. I’m sorry, that’s just kind of silly. And there’s no monopoly. There are 100-plus groups that have licenses in Missouri. A monopoly is a utility company.”