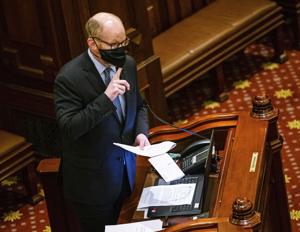 (The Center Square) – The Illinois Legislature has a truncated spring session scheduled heading into an election year and in addition to a state budget, a slew of other policy issues could become priorities in Springfield.

The legislative session is scheduled to start on Jan. 4 and end on April 8. That’s a week shy of two full months before typical adjournment on May 31.

State Rep. Tim Butler, R-Springfield, said while there are a similar number of scheduled days than previous spring sessions, it may be a crunch to get everything in before scheduled adjournment in early April.

“I’ll be really interested to see how many days will get canceled,” Butler said. “I don’t know how much we can get done in January when bills are just getting introduced and things like that.”

Gov. J.B. Pritzker said he expects more remote committee hearings because of ongoing COVID-19 concerns, but he laid out what his top priority is.

“One priority every session is the No. 1 priority, and that’s balancing our budget,” Pritzker said during an unrelated news conference.

State Rep. Dan Brady, R-Bloomington, said having the truncated session could mean “wish list legislation” will go untouched “to the priority of trying to make sure we have a budget.”

“And stabilize that budget the best that we can with the dollars that have come in from the federal government, COVID-related, and using those dollars for what they’re supposed to,” Brady told WMAY. “And that’s a whole nother discussion.”

Early focus on how taxpayer money is to be spent could bring more transparency Brady said taxpayers haven’t seen in the past.

Butler speculated the reason spring session that starts on Jan. 4 and goes until April 8 is because it’s an election year.

“That’s all about the Democrats waiting to make sure they’re folks get home and campaign before the primary,” Butler said. “That’s honestly what it’s all about.”

The primary is in late June for the November election.

When asked about the reason for the truncated session, Senate President Don Harmon’s spokesman said Harmon, D-Oak Park, “believes in streamlined efficiency and has set an aggressive agenda for adjournment this spring.”

The north wing of the Capitol, along with underground construction of a conference center and additional underground parking at the complex, is set to start after the session. The multi-year plan will cost at least $224 million.

One issue that could come up in January is the vacancy of the Legislative Inspector General. Despite having six months to find a watchdog to take complaints about potential legislator wrongdoing, lawmakers failed to advance a nominee. Lawmakers could also face a veto of a bill on the governor’s desk that would allow teachers to take COVID-sick time as administrative time rather than drawing off allotted sick time.

Lawmakers may also take up how to address $4.5 billion in unemployment insurance debt owed to the federal government. The outstanding debt comes with interest, a potential cost to Illinois taxpayers of more than $100 million. If the issue isn’t addressed, there could be a combination of increased taxes on employers and decreased benefits for the unemployed.