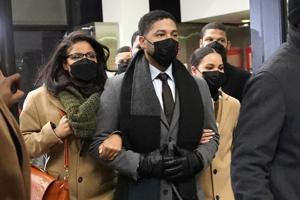 (The Center Square) – Costs could continue to mount for Illinois taxpayers after Thursday’s guilty verdicts in actor Jussie Smollett’s case.

Smollett was convicted on five of six charges that he staged a racist, anti-gay attack on himself and lied to Chicago police about it. Smollett’s attorneys are mounting an appeal that could go to the Illinois Supreme Court.

Smollett told Chicago police he was the victim of a hate crime in 2019. Police found out Smollet paid Nigerian brothers to stage a beating that included a noose.

Special Prosecutor Dan Web was appointed to the case upon request by a judge after Cook County State’s Attorney Kim Fox dropped the initial charges in 2019. The trial was delayed because of the pandemic. But, after a week and a half of testimony, which included Smollett taking the stand, a jury convicted Smollet on five of six counts.

“He’s compounded his misconduct in this city and we’ll let the judge decide what to do,” Webb said.

A sentencing date has yet to be scheduled.

“It’s not on anyone to say ‘Mr. Smollett, you shouldn’t waste resources by pursuing this case any further,’” Uche said. “Of course he should because that’s his guilt and innocence on his line and we believe his innocence.”

Uche questioned why Webb was brought in to second guess Foxx.

Acknowledging there may be some out-of-pocket costs, Webb told reporters his firm prosecuted the case for free.

“If you’re going to do this then just do it for the public,” Webb said. “I was asked for my firm to try to help restore the lack of confidence in the criminal justice system because of what happened here.”