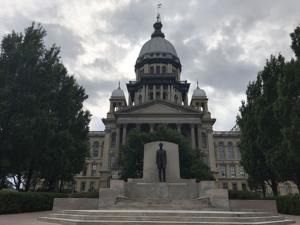 (The Center Square) – A report shows long-term care facilities are suffering from staffing shortages more than any other health care profession.

The report by the American Health Care Association and the National Center for Assisted Living (AHCA/NCAL) shows employment levels at nursing homes have dropped 14% or 221,000 jobs since the start of the pandemic.

“As many caregivers are getting burned out by the pandemic, workers are leaving the field for jobs in other health care settings or other industries altogether,” said Mark Parkinson, president and CEO of AHCA/NCAL. “Chronic Medicaid underfunding, combined with the billions of dollars provided have spent to fight the pandemic, have left long-term care providers struggling to compete for qualified staff. We desperately need the help of policymakers to attract and retain more caregivers.”

AHCA/NCAL released a survey of long-term care providers earlier this year which showed that the labor crisis was worsening and impacting access to care for seniors. Eight-six percent of nursing homes and 77% of assisted living providers said their workforce situation has gotten worse in recent months, and as a result, 58% of nursing homes are limiting new admissions.

There are also concerns about being able to stay open. Seventy-eight percent of nursing homes and 61% of assisted living communities are concerned workforce challenges might force them to close.

Heritage Health-Springfield, a 178-bed for-profit nursing home that has operated since 1985, plans to close on Dec. 17. Officials from the Bloomington-based Heritage Operations Group cited staffing and financial challenges related to the pandemic and inadequate reimbursements from the Medicaid program as reasons for the closure.

Matt Hartman, executive director of the Illinois Health Care Association, said some long-term care facilities have stopped taking admissions, but unfortunately others are looking at the bottom line.

“You are going to see folks who are now going to be forced into a situation where they’re going to get maybe a lesser quality of care because they are not going to have the appropriate staffing in a facility that is more concerned with the volume business of bringing people in than what the care needs of the residents are,” Hartman said.

Some are concerned a vaccination mandate will further deplete staffing at nursing homes.

“While we support the overall intent of the policy, we are concerned that the execution will exacerbate an already dire workforce crisis in long-term care,” Parkinson said. “A hard deadline with no resources for providers or glide path for unvaccinated workers is likely to push too many out the door.”