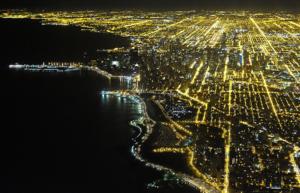 (The Center Square) – A popular sentiment from Illinois residents south of the Chicago metropolitan area is that they would be better off if the city either floated off into Lake Michigan or became its own state. While they might see a more politically aligned Legislature, they would see a world of budgetary problems after losing the economic engine that a city of that size represents.

Using revenue data from before and during Illinois’ multi-year budget stalemate, researchers at the Paul Simon Public Policy Institute at Southern Illinois University in Carbondale analyzed the give and take between respective counties and the state. They used budget data from the 2014 and 2016 fiscal years, reflecting the time before and amid the state’s budget stalemate that saw distributions to universities and other major state institutions languish.

Cook County, which benefits from the economic largesse of Chicago and its major multinational corporations, received approximately 88 cents for every dollar taxpayers send to Springfield in FY 2014 and 98 cents in 2016. The exchange was much starker in the five suburban collar counties, that saw 54 cents on the dollar in 2014 and 60 in 2016.

Professors John Foster and John Jackson split the state into regions, showing the sharp economic distinctions if the state was divided.

“A new state of “Northeast Illinois” consisting of Cook and the five suburban counties would start with 73% of total state GDP and a median household income of about $61,000 per year, which would rank about sixth in the nation. In contrast, a new “Downstate Illinois” made up of the remaining 96 counties would account for just 27% of present GDP and have a median household income of $45,752, which would rank 41st, just ahead of Louisiana and South Carolina.

The furthest southern third of Illinois, the authors say, would make for a state poorer than any other.

“Dividing further, a new state of ‘South Illinois’ consisting of the 19 southernmost counties would be the poorest in the nation, ranking only ahead of territories such as Samoa and Puerto Rico,” the authors said.

Supporters of a “secession” of sorts in Illinois have said the movement is meant to be a conversation starter to ensure Chicago lawmakers and others recognize the political diversity across their large state.