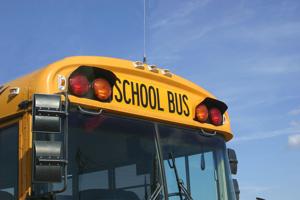 (The Center Square) – An Illinois Auditor General’s report shows an error at the Illinois State Board of Education resulted in an overpayment of more than $87 million to Chicago Public Schools over several years.

CPS was the only district to get overpaid.

State Rep. LaShawn Ford, D-Chicago, is now calling on the Illinois Auditor General to audit the Chicago Public School system to find out where the extra funds were spent.

“I need to make sure that the public is aware of CPS spending patterns,” Ford said. “It would be great to say that the extra money they received, that they should not have received, went to benefit the schools, but I can’t say that it did.”

“What we need to know is, was Chicago not honest about the money, we would expect anyone who received money that’s not theirs to know that they were given more and return it,” Ford said.

The Chicago Public School system, one of the largest in the nation, is preparing a $9.5 billion budget.

The Chicago Tribune reported last year several CPS buildings that had unsuitable conditions for students. George Washington High in Chicago this week discussed a hole in the ceiling and asbestos in the walls.

Ford said with all the funding these schools get, these problems should not happen.

“We need an audit because now we have to find out exactly why, why are these kids experiencing these types of outcomes in their schools,” Ford told The Center Square.

If an audit is conducted, Ford said, taxpayers will be able to see the issues plaguing the system.

The Chicago Public School System did not reply to a request for comment.