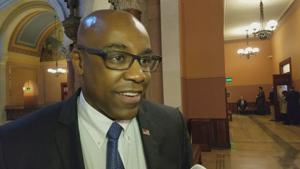 (The Center Square) – Illinois Gov. J.B. Pritzker signed a bill aimed at cracking down on smash-and-grab burglaries, but Republican lawmakers say more needs to be done in fighting crime.

The governor signed the Inform Act into law, which enforces the new crime of organized retail theft.

National attention has been paid to dozens incidents on camera showing mobs of people rushing into stores to steal goods, even while employees and customers are inside.

“These brazen acts not only place retail employees and customers at risk, but also deprive local municipalities and the state of much needed tax dollars,” Chauncey Rice from the Illinois Retail Merchants Association said.

“Organized retail crime is very much linked to other dangerous criminal activity, such as human trafficking, gun trafficking, drug trafficking, and in some instances, terrorism,” Raoul said.

The law is intended to close prosecution loopholes that have been letting thieves off the hook by allowing the Illinois Attorney General to seat a statewide grand jury that could issue indictments for organized retail theft.

Anyone involved in a retail theft of $300 or more would be charged with a Class 3 felony, but state Rep. Ryan Spain, R-Peoria, said to make a real impact, criminal justice reform measures pushed through by Democrats, like the ending of cash bail Jan. 1, need to be scrapped.

“Democrats have acted in haste with the passing of House Bill 3653 , the SAFE-T Act,” Spain said. “It has created tremendous damage to the community of law enforcement and to criminal activity throughout the state of Illinois.”

“Four-hundred Illinois state police troopers have left the job,” Durkin said. “We’ve had a municipality shut down their police department because we cannot and will not comply with this legislation.”