Illinois’ credit rating still among worst of all states, but improving | Illinois 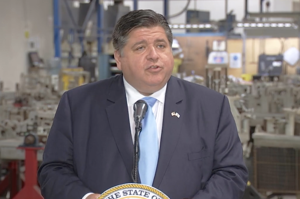 (The Center Square) – Taxpayers in Illinois may not have to pay as much interest when their state government goes into debt on the taxpayers’ behalf, as the state’s credit rating improves. But the state’s rating is still among the worst in the country and there’s a long way to go.

“For the state of Illinois, we’ve received not one but two credit upgrades from Fitch [Ratings],” Pritzker said. “The state is building its fiscal foundations for the road ahead.”

Fitch increased the state’s rating from the lowest BBB- to BBB+.

On Friday, Pritzker heralded the most recent credit rating upgrade for the state from S&P ratings, going from BBB to BBB+.

Wirepoints President Ted Dabrowski said “it’s worth celebrating for a second,” but there’s a long way to go.

“I think we need to temper the excitement from the government,” Dabrowski said. “We had 22 downgrades before we finally saw these recent six upgrades, so we have 16 more to go just to get back to the levels we were in 2009.”

In 2008, Illinois was in line with many other states with a sound credit rating.

Like an individual consumer with bad credit that has to pay higher interest rates, the lower the credit rating for a taxing body, the more the taxpayers have to pay in interest to pay back bonded debt governments issues.

“We’re now three notches above junk,” Dabrowski said. “Not too long ago, before COVID started, we were just a notch above junk, so that means things are better when you look at government coffers” Dabrowski said. “It’s really because of the billions and billions, almost $186 billion worth of money we got from federal aid from COVID.”

While the recent upgrades are on the heels of billions in federal tax money coming to Illinois, structural problems persist, he said.

“It does make borrowing more accessible, but nothing has been done about the real problem which is pension debts, because those are still massive and they haven’t gone away and there’s been no reforms,” Dabrowski said.

Pritzker on Thursday signed a measure to take on $1 billion in additional debt to pay for a pension buyout program. The state’s pension have a $140 billion unfunded liability.