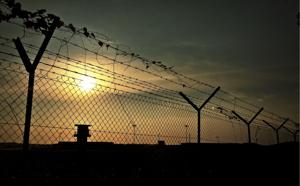 Prosecutors around Illinois are evaluating how best to implement the cashless bail system that begins Jan. 1 under the Democrats’ sweeping criminal justice and police regulation bill, the SAFE-T Act.

Sangamon County State’s Attorney Dan Wright said they will have a higher burden of proof to hold violent criminal detainees until trial.

Prosecutors would have 48 hours to prove their case to hold someone pending trial, which he said will require a “very significant increase to personnel costs.”

“It will require an investment of law enforcement agencies as well to add people and procedures to make sure we can get that information more quickly to meet that standard in a shorter period of time,” Wright said.

He estimates the increased taxpayer costs for his office could be half a million dollars. Costs elsewhere would vary.

There are other concerns, including inconsistencies between having to prove someone is a threat to an individual or to the community as a whole.

“My job is not just to try to obtain convictions, although that’s important for public safety if the evidence is there that we can in good faith move forward and prove a case beyond a reasonable doubt, but also to seek justice,” Wright said. “And, a provision of this nature that’s inconsistent in that way is concerning, and concerning I think to the courts as well because they want to have clear guidance to implement this as we do.”

Wright urged state lawmakers to provide more clarifications when they return after the election this fall before the law takes effect in the new year.

Other state’s attorneys have said the changes will hamper the state’s criminal justice system. Democrats say the changes are needed and “will help improve public safety by supporting a more holistic approach.”