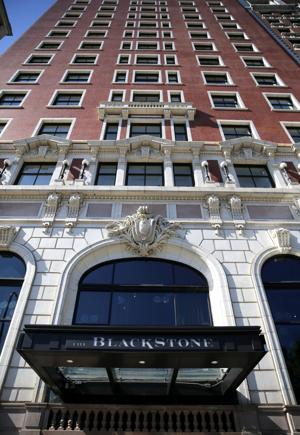 (The Center Square) – Illinois’ hospitality industry is experiencing one of the slowest recoveries in the nation, but industry experts say lingering effects of COVID-19 aren’t the only problem.

With 19,000 workers still laid off, according to Michael Jacobson, president and CEO of the Illinois Hotel & Lodging Association, Illinois’ hotels and lodging businesses are struggling to find their feet. The industry was one of the hardest hit by the pandemic and government economic restrictions, but in other states like Wyoming and Montana, leisure and hospitality payrolls have recovered, Muddy River News reported.

“I’m not necessarily debating the worthiness of those decisions, but those decisions did cost us in terms of business travel and conferences being held in Illinois,” he told The Center Square. “We lost a lot of business to other counties and other states that didn’t have those same regulations in place.”

For a landlocked state like Illinois, business travel is the driving force of the hospitality economy, Jacobson said. While resort and coastal destinations have rebounded, landlocked Illinois’ urban market has floundered.

“A market like Chicago and other cities throughout the state – we’re much more reliant on business travel and conventions,” he said. “At least for the last 12 to 18 months, leisure has been really what’s been driving hotel stays, and like I said, the resort and coastal destinations have performed far better, several of which, including Miami, have already reached their pre-pandemic levels.”

Even as companies start to book conventions, Chicago remains dead last in occupancy, according to Jacobson. Recent numbers show Chicago 10% behind the next competitive market and over 20% behind cities like New York and Orlando.

But this isn’t just due to COVID-19 complications.

“The biggest headwind we face is the perception around crime and public safety,” he said. “It’s not unique to just Chicago; it’s really an issue we’re seeing issues with across the state.”

Illinois’ crime isn’t worse than other places, but people think it is and that’s what’s hurting the industry, he pointed out.

“We used to be a top contender for many, many conventions; now we’re not even making the list of candidate cities for consideration, and that is going to have a huge impact if that trend continues to worsen,” Jacobson said.

Conventions are booked as far as seven years in advance, so current perception has a long-term effect, he noted.

In all, Jacobson expects business travel to take several years to fully return and industry experts have pushed a full recovery from 2024 to early 2025.