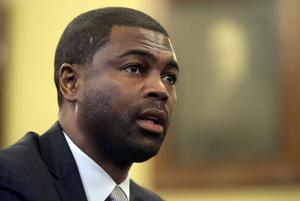 (The Center Square) – Landlords around Illinois have concerns about a bill that could soon be headed to the governor that they say gives more choices for residents in public housing but provides less autonomy for landlords.

The measure amends the Homelessness Prevention Act and gives protections against discrimination based on source of income. It passed both chambers and awaits being sent to the  governor.

The legislation essentially mandates that landlords participate in Section 8, a federal rental assistance program for low income individuals where monthly rent is determined by income. Currently in Illinois, Section 8 is a voluntary program for landlords who opt-in to participate.

Paul Arena, director of legislative affairs at the Illinois Rental Property Association, said if the bill is signed into law, landlords statewide will lose control.

“It’s a blank check for government to further control rental property moving forward, and that is why it is so dangerous,” Arena said.

Under the measure, landlords would continue to be able to screen tenants. However, if those tenants meet the landlord’s criteria, and the tenants use Section 8 subsidies, landlords would be required to sign Section 8 contracts and abide by Section 8 rules and restrictions.

The legislation also mandates that housing providers who require tenants or prospective tenants to have a certain threshold level of income must subtract any subsidies the tenant receives from the monthly rent before calculating if the income criteria have been met.

The bill’s sponsor, state Rep. LaShawn Ford, D-Chicago, said the law has been enacted in 19 other states with success.

“No one across the country that has this law has repealed it,” Ford said. “It is the right thing to do, and it was great negotiations because even the realtors decided to be in support.”

Gideon Bluestein, senior director of Local Government and External Affairs with Illinois Realtors, said the legislation garnered support in Springfield because the name is deceiving.

“They titled the bill ‘Homelessness Prevention’ and they run around and pick up cosponsors based on that,” Bluestein said.