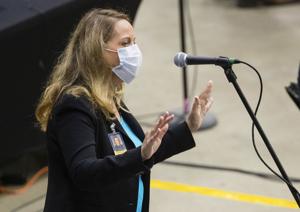 (The Center Square) – As Democrats continue to introduce proposals to fight crime in Illinois, Republicans say it is a case of rewriting history.

The Illinois House passed a police funding measure this week they said will help reduce crime.

The proposal would spend an additional $236 million on public safety measures in addition to what is in the governor’s budget proposal. This includes $124 million for body cameras and non-lethal equipment to subdue suspects, and $48 million to try to address the carjacking problem in Illinois by supporting youth programs around the state.

Another aspect of the package included in House Bill 1103 expands the state’s expressway camera program to 21 counties and allows footage to be kept for six months and shared between police departments.

State Rep. Deanne Mazzochi, R-Elmhurst, highlighted what she said was the hypocrisy from Democrats on public safety, and said similar legislative efforts by her have been stymied by both House Democrats and the governor. Mazzochi said the fact that giving new authority to prosecute expressway shootings to the attorney general is an admission that Cook County State’s Attorney Kim Foxx is not doing an adequate job at it.

After Democrats passed the legislation, state Rep. Andrew Chesney, R-Freeport, accused Democrats of “political amnesia” in the wake of talk last year of defunding the police.

“I’ve never subscribed to defund the police,” Gordon-Booth told The Center Square. “I certainly believe in communities demanding accountability specific to the issue of policing.”

One of the main sticking points for Republicans has been the SAFE-T Act, a criminal justice package brought forth by the Legislative Black Caucus and signed into law last year.

At a news conference Wednesday, GOP lawmakers were joined by several state’s attorneys who blasted provisions of the SAFE-T Act, especially the ending of cash bail on Jan. 1.

“The result of this law is going to be a serious chilling effect on the enforcement of all prosecution of serious crime,” Fayette State’s Attorney Joshua Morrison said. “Children and adult victims alike will think twice about calling the police.”

“When you start passing legislation that emboldens criminals and doesn’t put them in jail, you are leaving victims out of the scenario,” Anderson said.