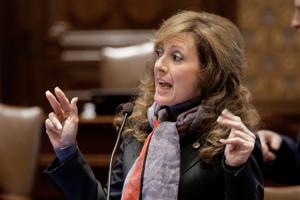 (The Center Square) – The Illinois Senate passed legislation that would divert American Rescue Plan dollars into the state’s unemployment fund to help address debt accumulated during the early months of the pandemic.

Senate Bill 2803 would appropriate $2 billion in federal funding to pay down the debt.

Illinois is currently facing a $4.5 billion hole in its unemployment insurance fund many workers lost their jobs in 2020.

State Sen. Linda Holmes, D-Aurora, filed the legislation, saying the plan also would include meeting to discuss other ways of lowering the amount of unemployment debt the state has accrued.

Many Republicans in the Senate are opposed to the implementation of SB2803. State Sen. Winn Stoller, R-Peoria, said that the $2 billion will not cover the state’s debt.

“We currently have a four-and-a half billion-dollar loan to the federal government,” Stoller said. “So my question to you is, what is the rest of your plan to fix this problem?”

Some U.S. states used their ARPA dollars to pay off all of their unemployment debt, Sen. Sue Rezin, R-Morris, said, and Illinois needs to take the same approach.

“This 2 billion, my friends, is nowhere near the amount of money that we need in order to replenish the fund and continue to increase the fund so there are benefits there to be paid out,” she said.

Illinois businesses face tax increases if the debt is not paid off, and taxpayers are paying millions of dollars in interest on the debt.

The bill passed out of the Senate on a 33-15 vote. It now heads to the House for consideration.