Schools are back to normal, Pritzker orders | Illinois 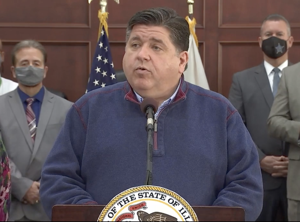 (The Center Square) – Illinois schools can return to “normal operating procedures when dealing with infectious disease,” according to an executive order Gov. J.B. Pritzker issued Friday.

“Now that the COVID-19 surge has subsided, schools and local health departments can return to exercising their longstanding authority to address infectious disease cases among students and staff,” Pritzker’s office said in a statement.

Since mid-March 2020, Pritzker has issued dozens of executive orders and consecutive 30-day disaster proclamations impacting every aspect of the state’s economy, including public education. He said his efforts were to slow the spread of COVID-19.

In April 2020, the governor ordered schools to halt in-person education. Schools were allowed to return to in-person instruction in August of 2021, but the state required children and staff to wear masks. That was challenged by hundreds of parents who said their due process rights to challenge quarantine orders were being violated by the universal mandate.

Last week, after the Illinois Supreme Court declined to hear the governor’s immediate appeal of a lower court ruling his mask, exclusion and vaccine or testing mandates null and void, the governor reversed his mandates on schools. He said the move was because of new guidance from the U.S. Centers for Disease Control and Prevention that said masks were only recommended in areas of high COVID-19 transmission.

“The CDC and [Illinois Department of Public Health] continue to strongly recommend that students, teachers, and staff stay home when they have a confirmed case of COVID-19 or have signs of any infectious illness, including COVID-19,” Pritzker’s office said. “Schools should also continue to recommend that close contacts stay home and will continue to coordinate with their corresponding local health department to determine whether a close contact should stay home based on CDC guidance.”

Earlier this week, some questioned if it was science or polling data that brought about swift changes to Pritzker’s COVID-19 mandates.

“I think there was some polling data that came out from a major national polling firm for the Biden administration that told the Democrats that ‘hey, these parents, these students, these business owners, they’re concerned, they’re right to be concerned, and you better start getting on their side because the politics are turning against you on this and there’s gonna be a bloodbath at the polls in 2022,’” said state Rep. Blaine Wilhour, R-Beecher City.

According to SFGate.com, a poll presented to the Democratic Congressional Campaign Committee last month indicated “57% of voters in competitive congressional districts agree with the statement, ‘Democrats in Congress have taken things too far in their pandemic response,’ and 66% of self-defined ‘swing’ voters in competitive districts agree with that statement.”

The authority of local school districts to enforce mask and exclusion mandates on children will be the subject of a hearing in Sangamon County on March 10. Attorney Thomas DeVore has a temporary restraining order motion against Chicago Public Schools for their continued mask mandate. CPS said they expect their mandate to be lifted “in the near future.”