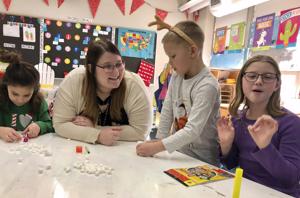 (The Center Square) – In an effort to address the teacher shortage in the state, legislation passed through the Illinois House which reimburses public school teachers’ tuition.

Eligible teachers would be able to be reimbursed for tuition at a public college or university for up to 10 years under House Bill 4139.

“Something is going on in the state of Illinois and the entire United States that we have the most serious teacher shortage in the history of our country,” said Scherer.

Teachers continue to be in huge demand in Illinois, with nearly 90% of schools reporting that they are experiencing staffing shortages, according to a new study published by the Illinois Association of Regional Superintendents of Schools.

State Rep. Avery Bourne, R-Morrisonville, said she is concerned some of the funds could end up in the wrong hands.

“You could come from a very wealthy family who pays for tuition and state taxpayer dollars would then pay the student back for the tuition that they themselves did not pay for,” said Bourne. “This is actually a less equitable way of encouraging students to go into the education profession.”

The measure passed by a 70 to 42 vote and now goes to the Senate.