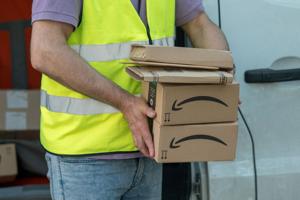 (The Center Square) – Illinois lawmakers are hearing about the impact that sales taxes in towns with an Amazon fulfillment center have on local governments and other retailers.

At a virtual Illinois House hearing Wednesday, lawmakers and witnesses discussed the Leveling the Field Act that was passed in 2020. It charges the full state sales tax on businesses such as Amazon that brick and mortar shops throughout the state have been paying already. The Illinois law followed the 2019 U.S. Supreme Court decision upholding a South Dakota law charging out-of-state sellers sales taxes for in-state sales.

Rob Karr of the Illinois Retail Merchants Association said that before the state’s new law, Illinoisans were at a disadvantage.

“Prior to Leveling the Playing Field [Act], every business in Illinois was at a competitive disadvantage compared to anyone outside of the state and selling into the state,” Karr said.

Those outside retailers selling into the state had been able to avoid paying the state’s sales tax.

Brad Cole of the Illinois Municipal League said the new law has been a benefit.

“We see this as a huge benefit for the state and its local governments, but we do acknowledge the issue of the COVID-19 pandemic when many retail establishments were closed,” Cole said.

Throughout the pandemic in 2020 and parts of 2021, Gov. J.B. Pritzker ordered businesses he declared nonessential to stay closed to the public, or mandated limited capacities, in an effort to slow the spread of COVID-19.

Cole also discussed how the Leveling the Playing Field Act has helped the state.

“The Leveling the Playing Field Act has been a substantial benefit to communities across the state because we have been able to collect those sales tax dollars,” Cole said.