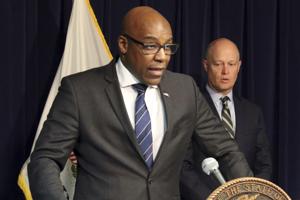 (The Center Square) – Thousands of student loans in Illinois will be canceled as part of an agreement announced Thursday.

The loan servicing giant Navient has agreed to cancel $1.7 billion in student loan debts by roughly 66,000 borrowers as part of a settlement reached with Illinois attorney general Kwame Raoul and 38 other state attorneys general.

The settlement wraps up years of legal battles between state consumer attorneys general and Navient over the company’s treatment of student loan borrowers, including allegedly steering many toward unnecessarily costly repayment programs.

“Part of our investigation and litigation, we uncovered and alleged that Navient, operating as Sallie Mae, made private predatory loans to students attending for-profit colleges, students who Navient knew would not be able to repay,” Raoul said.

A 2019 audit by the U.S. Department of Education’s Office of Inspector General corroborated the allegations, finding that Navient phone counselors repeatedly recommended forbearance to borrowers without mentioning other, more flexible repayment options.

Forbearance, intended as a short-term fix to financial distress, can be costly for borrowers because of high interest rates. For example, the Pennsylvania Attorney General’s office alleged that one Navient borrower who was in and out of forbearance for 11 years saw $27,000 in interest added to the loan balance as a result.

Raoul said 18,300 Illinoisans will be eligible for restitution in the case, and 5,200 will have student debt canceled, totaling $133 million.

“The company’s decision to resolve these matters, which are based on unfounded claims, allows us to avoid the additional burden, expense, time and distraction to prevail in court,” Navient Chief Legal Officer Mark Heleen said in a statement.

“The bottom line is this, Navient knew that people relied on their loans to make a better life for themselves and for their children and instead of helping them, they ran a multi-billion dollar scam,” Shapiro said.