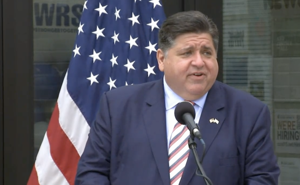 (The Center Square) – Gov. J.B. Pritzker wants to get more COVID-19 tests for school districts across the state.

The state of Illinois and the rest of the country is being hit hard by another wave COVID-19 cases. The virus has led to a shortage of COVID-19 tests around the country and in Illinois.

Pritzker was asked Wednesday what the state is doing to obtain more tests.

“We certainly want to be a recipient of those tests,” Pritzker said. “Every responsible state has raised their hand and said they would like to be a part of that program, so we hope that many of those tests end up in Illinois.”

Pritzker also said he is not opposed to finding other ways to get Illinois the tests it needs. Pritzker has received tests in the past from Abbott Laboratories.

“I’m not averse to picking up the phone and calling the CEO of a company that might have antigen tests or other kinds of testing, to get those tests and make them available to whoever needs them in the state.”

As schools across Illinois are dealing with making the decision to return to remote learning or to keep students in person, the lack of testing has become a problem.

Pritzker also was asked about Chicago Schools specifically and said that the state of Illinois receives its own federal funding and so does the city of Chicago.

“We are not allowed to intermingle the federal funds for testing for the states with the funding that was received at the city,” Pritzker said. “So we could not move tests that were acquired with federal funding from the state to the city.”

Illinois has reported more 30,000 new COVID-19 cases this week alone, according to data from the U.S. Department of Health and Human Services.