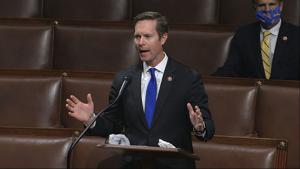 (The Center Square) – Scholarship Granting Organizations approved by Illinois’ Invest In Kids program are gearing up to give students money to go to a recognized private school of their choice.

Members of Illinois’ congressional delegation want there to be even more school choice amid COVID-19 closures in some districts.

Illinois’ Invest In Kids program was created in 2017.

Empower Illinois is one of the granting organizations approved for the entire state. President Anthony Holter said this Wednesday night, students and parents can get in line to apply at EmpowerIllinois.org starting at 6:30 p.m.

“One of the features of this law and program is that we’re required to reward scholarships on a first-come, first-serve basis,” Holter told WMAY. “So that place in line is really important.”

There are six other scholarship-granting organizations approved by the state. Together, they help manage up to $75 million a year in donations from income tax filers in Illinois that can get a tax credit of up to 75%.

Some at the statehouse have sought to curb the tax credit program, but Holter said it’s been a huge success. All the organizations involved have given more than $200 million in scholarships from donations, he said.

“This is something that should not be cut, it should not be diminished,” Holter said. “In fact, just the opposite. More stability, more certainty, more continuity for kids and families.”

The program is open to families under a certain income threshold with up to $15,000 in individual scholarships available.

With schools around the state and nation closing because of high COVID-19 case numbers, several congressmen from Illinois are looking to give parents and students even more school choices.

U.S. Rep. Rodney Davis, R-Taylorville, said COVID isn’t a threat to most children, but all children are hurt by remote learning. Alongside other Republican congressmen, Davis is hoping to pass the Open Schools Act to repurpose already approved American Rescue Plan Act dollars to give a grant of $10,000 to parents to send their kids to a school that’s open.

“It will give kids and parents that grant instead of just being wasted like upwards to $200 billion that has been sent to our schools nationwide with the sole purpose of keeping them open,” Davis said.

He said he can’t stand by while some districts, like Chicago Public Schools, are bossed around by teachers’ unions.

“I’ve seen a push to continue to put our kids in a situation in which they won’t be able to succeed and I won’t stand for it,” Davis said.

The union in Chicago stopped working, saying high case rates made it unsafe to return. But, late Monday, they came to terms to get back into the classroom starting Wednesday.

CTU’s five-day work stoppage was the third in three years.

Other schools around the state have decided to either postpone returning from winter break, or to start back remotely under an “adaptive pause” coordinated with local health departments and school officials.