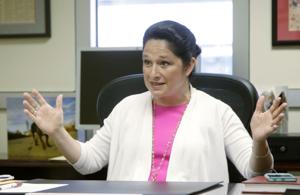 (The Center Square) – The state of Illinois has made a final payment of $302 million to pay back a $2 billion loan federal taxpayers gave Illinois in 2020 to cover COVID-19 expenses.

Illinois was an outlier for borrowing from the Federal Reserve program that bought bonds from governmental bodies that needed immediate assistance.

“As it turned out, almost nobody sold them those bonds because they didn’t need to. The exception being the state of Illinois and the New York Metropolitan Transit Authority, the MPA,” said Committee for a Responsible Federal Budget Senior Vice President Marc Goldwein.

Illinois Comptroller Susana Mendoza said with the loan now paid off, Illinois taxpayers will save $82 million in interest payments.

“With this early repayment, we take another important step toward restoring fiscal stability and predictability to Illinois,” Mendoza said in a statement Wednesday. “I can’t stand seeing taxpayer money wasted on interest – that’s why paying off this loan early was so important for me.”

The loan was scheduled to be repaid in three installments by December 2023, the comptroller’s office said.

The state still has an outstanding $4.5 billion debt for unemployment insurance, which comes with potentially $100 million in interest if not paid off.

While Illinois Manufacturers’ Association President and CEO Mark Denzler said he supports Mendoza’s request to have the federal government waive the interest because the pandemic is ongoing, he doesn’t foresee it being granted. In the meantime, the debt will still be owed.

“And that’s money that can be better spent on things like health care and infrastructure and public safety and economic development,” Denzler told The Center Square. “Instead we’re likely to be using that to pay interest on a multi-billion dollar debt.”

Employers warn if the unemployment debt is not addressed, taxes will be increased on job creators and benefits for unemployed workers will be cut.