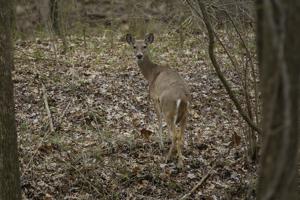 Illinois Conservation Police police started investigating after a complaint in January about potential poaching in Perry County. Conservation officers from the Southern Zone, District 14, identified Albers as the hunter who harvested the deer mentioned in the complaint.

Albers did not have a hunting license or habitat stamp as required to lawfully take the deer, Illinois Conservation Police officials said.

Additionally, Cottom and Albers were each cited for conservation violations as a result of the investigation.