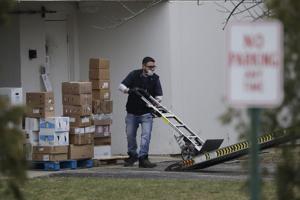 (The Center Square) – Several Illinois organizations took part in a summit that dealt with issues affecting the state’s nursing homes.

AARP Illinois hosted the event, which addressed staffing shortages, COVID-19, and the overall quality of care.

Nationally, nursing homes’ employment levels are down around 234,000 jobs since the start of the pandemic. The labor situation has become so bad in some states, such as Minnesota and New York, where officials are sending in the National Guard to help staff nursing homes.

“Nearly 75% of nursing homes reported an overall worsening situation with their workforce this year, according to a survey conducted by the American Health Care Association and National Center for Assisted living.

Some have pointed to Illinois’ vaccination mandate as a contributing factor for the labor shortage. Illinois health care workers who work at state-owned or operated congregate facilities are required to be fully vaccinated or undergo weekly testing.

“As many caregivers are getting burned out by the pandemic, workers are leaving the field for jobs in other health care settings or other industries altogether,” said Mark Parkinson, president of the AHCA/NCAL, which represents over 14,000 nursing homes and assisted living communities across the country.

Illinois has many of the most understaffed nursing homes in the nation. According to a report by the Department of Healthcare and Family Services, Illinois consistently ranks last among states in staffing, with 47 of the 100 most understaffed facilities in the country.

The overall quality of care was also addressed during the summit. Mary Mathews, who recently stayed in a nursing home, testified she witnessed abuse at her facility.

“What I saw while I was there was a little frightening,” said Mathews. “I saw a resident who was my roommate being slapped on the thigh because they didn’t think she was moving fast enough.”

At a House subject matter hearing on nursing home rate reform on Dec. 14, Illinois nursing home resident Mark Cooper testified about the unsanitary conditions that residents reported at his facility.

Cooper said the carpets are stained and sticky with unknown liquids and excrement is left to fester in shower rooms for hours.

“Patients are just not treated with dignity,” Cooper said.

State Rep. Anna Moeller, D-Elgin, said it is time for the state to stop funding nursing facilities that provide substandard levels of care.

“We are paying hundreds of millions of dollars to subsidize these homes that are providing that level of care. That’s obscene, so something needs to change,” Moeller said.