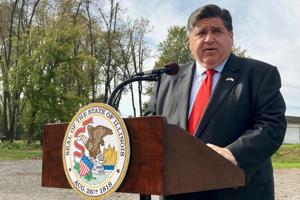 (The Center Square) – A 1995 law that required parents to be notified when a minor seeks an abortion is off the books.

Governor J.B. Pritzker signed House Bill 370 Friday which repeals the Parent Notification Act. The law, which has been enforced since 2013, requires parents to be notified 48 hours in advance when a minor seeks an abortion. The law did not take effect in Illinois until a Supreme Court ruling after years of court challenges by the American Civil Liberties Union.

“With reproductive rights under attack across the nation, Illinois is once again establishing itself as a leader in ensuring access to healthcare services,” Pritzker said in a statement.

The law, which goes into effect in 2024, also creates the Youth Health and Safety Advisory Working Group to identify laws and policies that affect parenting and pregnant youth under the age of 18.

The group will focus on reproductive safety for pregnant and parenting youth, as well as preventing human trafficking.

“Access to sexual and reproductive health care starting at a young age is crucial,” said state Sen. Melinda Bush, D-Grayslake. “By providing resources and education, we are giving young girls vital information to allow for free expression and bodily autonomy.”

With the law in place, minors were allowed to go through judicial bypass proceedings if a girl felt telling her parents would result in her harm. A judge then decided the matter. According to the American Civil Liberties Union of Illinois, since the law was enacted, judges have granted more than 99% of bypass requests.

“I have seen firsthand how harmful and dangerous the law was and the harm that it exposes young people to in terms of potentially being forced to continue pregnancy against their wishes or being kicked out of their house,” said Emily Werth, staff attorney for the ACLU of Illinois.

“Today’s bill signing by the governor strips parents of their basic right to know what is happening in their minor daughter’s life,” Bourne said in a statement. “Even more concerning, removing this common-sense protection will increase the likelihood of sexual abuse, exploitation and allow the trafficking of minor girls to continue unchecked.”

According to the Illinois Department of Public Health, more out-of-state patients are traveling to Illinois to receive reproductive care.