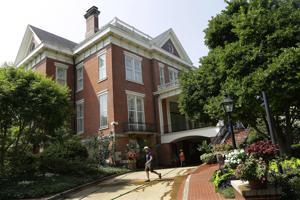 (The Center Square) – The potential field of candidates vying for the Republican gubernatorial nomination in Illinois continues to grow.

Other Republicans named by Ballotpedia.org are U.S. Army veterans Christopher Roper and Cheryl Erickson. Both have an online presence.

“We will not allow Ken Griffin and his cronies to take us backward with Bruce Rauner 2.0, and Illinoisans will surely reject his hand-picked candidate,” said Pritzker campaign spokesperson Natalie Edelstein. “Our state needs real leadership and Governor Pritzker is the only candidate committed to putting working families first.”

Another name that could pop up is former radio host Mancow Muller. He floated the idea on YouTube, where he said he’ll announce his intention early next month.

“One of the main reasons I got out of radio was to run for governor because I can’t do both,” Muller said. “If elections are fair, I will be the next governor and you will for the first time in your life have freedom.”

Muller didn’t say if he’d run as a Republican.