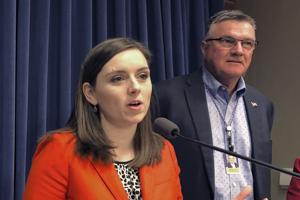 (The Center Square) – The Illinois State Board of Education Professional Review Panel is sending findings to state legislators that include increasing the additional amount of school funding each year, among others.

One finding is to change Essential Elements in education to promote “racial equity and eliminate structural racism within schools.”

Ralph Martire, executive director of the Center for Tax and Budget Accountability, is a voting member of the committee and urged for the finding’s passage.

“I think these are real valuable elements for us to explore as a panel and create some findings going forward,” Martire said during Monday’s meeting.

State Rep. Avery Bourne, R-Morrisonville, isn’t a voting member of the group, but is worried the extra costs will take away from core priorities.

“Like whether or not they can afford to hire a teacher,” Bourne said during the meeting. “So recommending a new element … I think could change the intention of the formula for some school districts.”

Panel officials clarified that they are providing findings, not making recommendations. There were eight in total.

Another of the eight findings was to add teaching a foreign language to what’s funded by annual increases, though there weren’t additional dollar amounts such a move would require.

“There’s a hole here, there’s a gap here, that’s was not relative to making sure that students of color were supported in many areas,” said Lightfoot, who’s not a voting member.

Robin Steans, with Advance Illinois, is a voting member and said the basic message from the finding is clear.

“Fully fund the formula as fast as possible, like the overwhelming result you come away with every time you talk about this is,” Steans said. “Everything makes more sense the closer you get to full funding.”

Another finding was the potential to increase efficiency and to find cost savings within the school system to expedite the journey to a fully funded system, something that could be a long-term project.

The draft proposals can be found at the ISBE Professional Review Panel’s website.