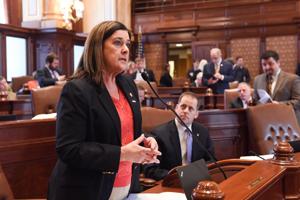 (The Center Square) – Another vacancy in the office that oversees state lawmakers means complaints won’t be investigated until the position is filled.

Legislative Inspector General Carol Pope is the most recent inspector to resign from the position. She gave notice six months ago, calling the office a “paper tiger.”

In a letter to members of the bipartisan Illinois Legislative Ethics Commission in July, Pope said she hoped to make a difference from the inside and improve the public’s view of the legislature by bringing true ethics reforms.

“Unfortunately, I have not been able to do so,” Pope said. “This last legislative session [in the spring] demonstrated true ethics reform is not a priority. The LIG has no real power to effect change or shine a light on ethics violations, the position is essentially a paper tiger.”

“They’ve made it very clear that subpoena power is important, that their ability to investigate without getting permission from the commission would be very important,” Tracy told The Center Square on Tuesday. “I know I’ve been part of legislative initiatives filed to do just that and they’ve not gone anywhere, they’ve not gone through the legislative process, and so these inspector generals quit out of frustration.”

The commission meets Thursday where a nominee to replace Pope could be considered. But, the full General Assembly wouldn’t be able to approve anything until they return early next month at the earliest.

Tracy said with the office vacancy, there won’t be anyone to field complaints of wrongdoing.

“Somebody has to go through that and discern whether it’s something that needs to go forward, where it should be sent, so we’re just going to have that vacancy,” Tracy said.

A vacancy in the office revealed in 2017 led to a slew of complaints not being addressed for more than a year.