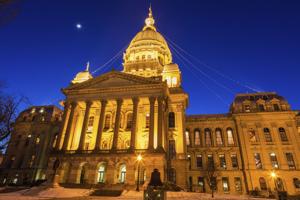 (The Center Square) – A new report says Illinois’ use of remaining federal stimulus dollars will be key to the state’s economic success in 2022.

“There were definitely some surprises, pretty much on the upside for Illinois and most state governments,” said Eric Kim, senior director for Fitch. “The revenue picture, the budget picture was much, much better than anyone could have anticipated.”

Kim noted that Fitch downgraded Illinois’s fiscal outlook once the pandemic began because the state had few tools to manage the fiscal challenges that were ahead, but then the federal government stepped in.

The report notes obstacles persist, including labor shortages, a new variant and other post-pandemic fallout. There is also inflation, which Kim said is a two-sided coin.

“Inflation can arguably benefit state budgets in that higher prices mean more sales tax revenues, but the obvious downside though is when you have higher prices, that eats into a household’s ability to manage their own budget,” Kim said.

Another area being watched is labor shortages, which are beginning to trigger wage pressure for government employees and could dig into expenditure flexibility for some state and local governments.

Kim said state and local governments’ fiscal situation in 2022 will be affected by ARPA funds.

“We’ve seen what Illinois is doing with a chunk of its money and it is going to be important for their rating on how they make decisions about what they do with the rest of it,” Kim said.