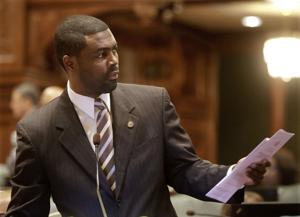 (The Center Square) – As the incidents of violent crime continue to increase in Illinois, a crime summit was held Monday to discuss ways to combat crime.

Lawmakers, law enforcement officials and victims of crime gathered at the University of Illinois-Chicago to get feedback and legislative solutions to reduce violence.

According to the FBI, despite reporting a nation-leading 0.7% population decline in 2020, the number of violent crimes committed in Illinois over the same period increased by 4%. The state’s overall violent crime rate of 426 incidents for every 100,000 people is up 4.7% year over year.

State Rep. LaShawn Ford, D-Chicago, is co-chair of the newly formed House Public Safety and Violence Prevention Task Force. He said all aspects of the criminal justice system need to work together to deter crime.

“The prosecutors, the judges, the state’s attorneys, the lawmakers are all pointing fingers saying who’s at fault,” Ford said.

“The men and women that protect us every day are some of the finest human beings to walk this earth, and if we don’t start standing up for them, and thanking them and appreciating them and letting them know we are behind them, this is only going to get worse,” Rose said.

Ford agreed and said police departments around Illinois must be allowed to do their jobs.