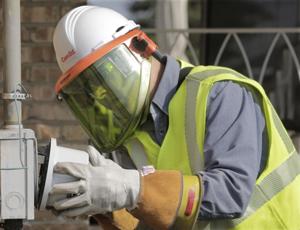 (The Center Square) – A consumer watchdog group is crying foul over the recent approval for a rate hike for the power company Commonwealth Edison.

The Illinois Commerce Commission approved a $46 million rate hike for what the company said was needed to cover various reliability investments and effort to make the transition to renewable energy.

This comes on the heels of the approval of Nicor’s third increase in four years to the tune of $240 million and will raise winter heating bills even more than the nearly 50% already forecast.

“This is horrible timing by ComEd in the middle of a pandemic and we already have an expensive winter,” said Jim Chilsen director of communications for the Citizens Utility Board. ”Customers are already dealing with high gas bills and now they are going to get hit with a ComEd rate hike.”

Beginning in January, the average customer will see monthly bill increases of about 16 cents, in addition to the 29 cents being added to bills to cover energy efficiency programs.

The increase affects delivery charges, essentially what customers pay to have electricity delivered to their homes. ComEd’s delivery rates are set according to the state’s 2011 Energy Infrastructure and Modernization Act, or the “smart grid bill.” The law uses a formula to determine ComEd rates annually to cover system upgrades.

CUB was opposed to the smart grid legislation, citing too few consumer protections.

The power company made the news headlines in 2020, but for all the wrong reasons. Four people were indicted in the ComEd bribery scheme to influence former Illinois House Speaker Michael Madigan. The company admitted the bribery scheme in the summer of 2020 and subsequently agreed to pay a $200 million fine and cooperate with investigators.

ComEd did not respond to a request for comment about the rate hike.

“Illinois consumers deserve a lot better,” Chilsen said. “ComEd has hit them with multiple rate hikes over the years and we have this corruption scandal, and that is why we are suing ComEd in state court and working to secure refunds for customers harmed by the scandal.”