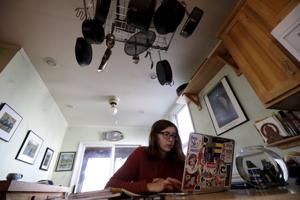 (The Center Square) – From the percentage of students passing Algebra, to the cost per student at a school and district level, parents and taxpayers can now see a variety of metrics on how their school performed in the previous school year with the latest update to the Illinois Report Card.

The Illinois State Board of Education released the school- and district-level data Thursday at IllinoisReportCard.com. The released data show how students performed in various topics. One factor ISBE’s Brenda Dixon highlighted from the state-level data last month was 8th graders passing Algebra.

Data from 2020 was incomplete because of remote learning brought on at the beginning of the pandemic. For 2021, the average of schools tracking passage of Algebra was around 35%.

The Algebra metric “is an important indicator because Algebra 1 is a gateway to higher level math and science courses,” Dixon said.

Among the myriad metrics for other subjects are more general statistics like whether students are on track for 9th grade, of which the average was around 80%. There are also rates of high school dropouts, on average around 3.3%

Another metric is the percentage of students registered for post-secondary education. That rate statewide is around 62.7%.

But, the data doesn’t just parse out the academic statistics for each school and district, it also highlights other topics like rates of violence.

Among the most expensive schools in the state are those operated by the Illinois Department of Juvenile Justice and Chicago Public Schools.

“We have received close to $8 billion in federal pandemic relief funding to address the gaps that have resulted from remote learning,” Ayala said when discussing statewide metrics last month.

School-level data is now available for the 2021 school year at IllinoisReportCard.com.