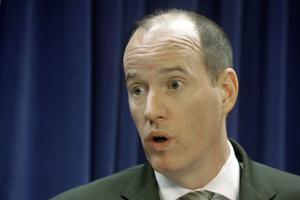 (The Center Square) – A new bill that would make changes to Illinois gambling laws has been sent to Gov. J.B. Pritzker for approval.

The bill is a follow-up bill from previous legislation, House Bill 521, a gambling bill that Pritzker signed in 2019.

The legislation allows for a business that has a sports betting license to legally be allowed to take a bet on an Illinois college team, provided the bet is made at a betting facility in person.

“This temporarily allows individuals to bet on Illinois collegiate teams, as long as the bet is made in person and not related to an individual athlete’s performance,” Cunningham said.

House Bill 3136 also makes changes to the implementation of a “push tax.” This would prohibit any establishment from taxing video gaming machines. Businesses that have enacted a push tax before Nov. 1st can keep their tax, but will not be able to increase that tax going forward.

Other changes in the bill would allow firefighters across the state to have the option to hold charitable raffles by now being eligible for a charitable raffle license as well as changes to the Wintrust Arena, where the Chicago Sky play basketball, Cunningham said.

“This legislation will allow fire protection agencies and their associations to organize charitable raffles,” Cunningham said. “It also allows the Wintrust Arena to be eligible for a sports wagering license as well.”

The Wintrust Arena and the Chicago Sky would join the Bulls, Cubs, and Bears in being eligible to have in-person sports betting.

The bill is currently waiting for approval from Gov. J.B. Pritzker. If signed, the legislation goes into effect immediately.