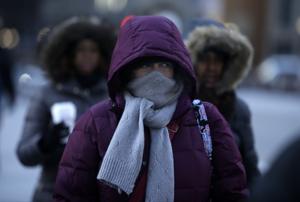 (The Center Square) – As Illinoisans brace for higher heat bills this winter, the Illinois Commerce Commission is taking steps to avoid a repeat of February’s cold spell that disrupted the flow of natural gas to Illinois.

The storm that blanketed the south-central region of the country forced natural gas processing plants to shut down as liquid froze inside pipes and compressors, dramatically reducing output in the region. The reduction in supply coupled with an increase in demand for home heating by gas-fired electric generators sent natural gas prices soaring from around $3.50 per MMBtu on February 10 to nearly $24 per MMBtu a week later.

Many towns in Illinois were hit with enormous bills. The tiny village of Westfield’s gas bill was over a million dollars for February when the cold spell hit the state.

The ICC delivered a Notice of Inquiry report on extreme weather preparedness, seeking assurances from utility providers to prevent service interruptions during extreme weather events. The ICC plans to use the responses from the NOI as a reference tool.

“What happened in Texas, Louisiana and Oklahoma this past winter is extremely concerning to the Commission,” ICC chair Carrie Zalewski said. “While we regularly hear from utilities and regional transmission organizations about their winter and summer preparedness efforts, we are digging deeper so that we are absolutely certain that every reasonable step possible is being taken to protect Illinois consumers from widespread outages and extreme energy prices.”

If the gas stays on throughout the winter, it won’t be cheap. According to the Citizens Utility Board, natural gas that cost around 35 cents per therm last year is now going for 70 cents per therm.

“We urge consumers to reach out to their utility to see if they are eligible for assistance and to prevent disconnection,” CUB Outreach Director Ivonne Rychwa said.

Abe Scarr from the Illinois Public Interest Research Group said even without extreme weather, Illinoisans are going to pay more to heat their homes this winter. He said that Nicor Gas has received approval from the ICC to raise rates for the third time in four years.

“We think one of the main reasons for all of these increases is a 2013 law that the Illinois General Assembly passed that allows Nicor and other gas utilities like Peoples Gas in Chicago to really engage in out-of-control capital projects and they are spending a lot of money,” Scarr said.