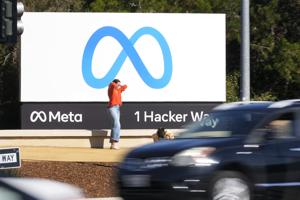 (The Center Square) – That check from Facebook for violating Illinois’ Biometric Information Privacy Act by cataloging faces without permission isn’t in the mail yet. It could still be a while. Despite that, the case appears to be having other impacts.

Facebook users located in Illinois after June of 2011 were eligible to file a claim in a class-action lawsuit against the social media giant for violating the state’s BIPA law.

Illinoisans had a deadline of Nov. 23, 2020, to join the class action settlement. The website for the case notes final approval was granted in April. However, two class members appealed, preventing payments from being made.

“This appeal prevents payments from being made to any class members,” according to the website. “Class Counsel remains committed to using every possible legal means to expedite this timeframe.”

“That can take up to one or two years on average,” Scarr said. “I know there have been efforts to expedite the appeal but so far no success there. Unfortunately, we’re going to have to wait another year if not two to hopefully finally have some settlement here.”

Payments are expected to be up to $400 per person, but a fact sheet says an exact amount can’t be given. That depends on how many claims are filed and the cost of fees and other attorney expenses.

“This change will represent one of the largest shifts in facial recognition usage in the technology’s history,” a statement from Meta said Nov. 2. “More than a third of Facebook’s daily active users have opted in to our Face Recognition setting and are able to be recognized, and its removal will result in the deletion of more than a billion people’s individual facial recognition templates.”

Scarr said that’s a positive development, though he remains guarded.