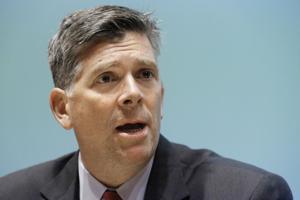 (The Center Square) – A flurry of announcements from those vying to represent Illinois in Congress is expected in the coming weeks.

Some incumbents are preparing to keep their seats, despite the changing legislative boundaries.

Collins laid out some of her priorities in a campaign video.

“We need a leader who will reject corporate money and fight for Medicare for all, Green New Deal union jobs, criminal justice reform and a future free of gun violence,” Collins said.

“I will fight inflation and reduce taxes on hard-working Americans,” Pekau said. “Reckless spending by Democrats in Washington has led to the highest inflation since 1980 causing working families to struggle to keep up with rising gas and grocery prices.”

“And I humbly ask for your vote in 2022,” Koolidge said, hoping to bring people together from political divisions. “I also ask you to keep kindness, love and unity in your hearts.”

Without any Republican support, statehouse Democrats passed new congressional districts. They sent the bill to the governor earlier this month. He has yet to act on it.

“It’s just terribly gerrymandered,” LaHood told WMAY last week. “My district changes. It moves me farther north. I keep the Peoria area, Bloomington-Normal, but I go north all the way to East Dubuque, Iowa. I go all the way to the Wisconsin border.”

Illinois loses a seat in Congress because of continued population decline.