State school board groups in Illinois, other states revolt over parent directive | Illinois 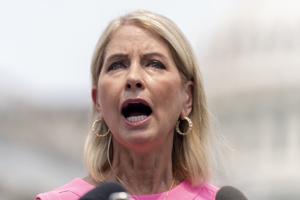 (The Center Square) – The Illinois Association of School Boards is part of a growing number of state school board groups cutting ties with a national organization that likened parents protesting at meetings to domestic terrorists.

The National School Boards Association has been under fire after it sent a letter sent to federal officials in September asking for help. The U.S. Justice Department then instructed the FBI to monitor and investigate parents who they deemed troublesome for protesting the teaching of critical race theory and mask mandates in schools.

“The board recognizes the need for a healthy national organization that can provide training, federal advocacy, shared resources, and networking opportunities,” the organization said in a statement. “IASB no longer believes that NSBA can fill this important role.”

The NSBA board of directors repudiated the letter its two top officials sent to President Joe Biden. In a message to NSBA members, the board said that “we regret and apologize for the letter.”

“This brings us back to the days of Hoover and McCarthyism essentially labeling good honest American citizens are now being vilified and basically tracked by our own Department of Justice,” said U.S. Rep. Greg Murphy, R-North Carolina, told Fox News.

The FBI responded to the claims, insisting that the agency is not infringing on First Amendment rights and is not investigating parents who speak out at school board meetings.

At least 26 state school boards associations have distanced themselves from the NSBA over the controversial letter. Of them, thirteen discontinued membership or stopped paying dues as Illinois did.

“Parents should never be treated as domestic terrorists for showing up at school board meetings to advocate for their kids,” said U.S. Rep. Mary Miller, who represents Illinois’ 15th District. “I believe that Illinois parents and families should play a central role in their children’s education, not the federal government.”